Our technicians are experts at separations having spent countless hours conducting them world wide.

Did you know however that our ThinJack Service can be used for not only flange separations but have many other applications such as flow line removals and tree cap flange removals?

We conducted a separation in the North Sea where we were tasked with releasing a spool piece from between a 45 degree angle shoulder of the XMT and flow line.

There were significant amounts of binding force which had been generated by rust in the bolt hole annuli and between the flange faces extending all the way to the ring gasket.

A cantilevering effect had been caused by the angle of the spool piece and other flanges also had to be overcome.

The ThinJack System was used to raise the flange block evenly without jamming it at an angle on the studs.

A combination of ThinJacks and associated shims, manufactured to API 6A 7 1/6″ 5M flange size specification were tightly packed into the gap. This allowed the ThinJack technicians to precisely control the location that the generated force was applied to.

The initial gap of 11mm was increased to 51mm using 16 ThinJacks.

We generated a maximum pushing force of 168 tonnes. 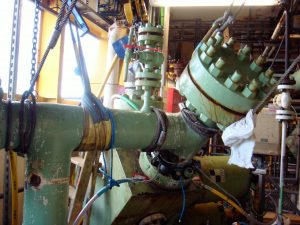 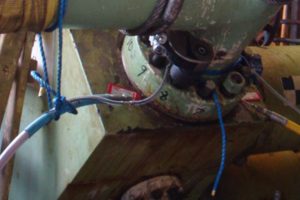 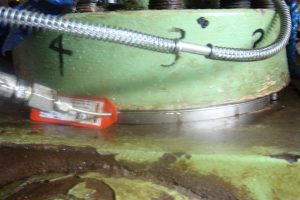 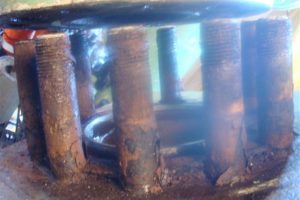