■ The Spool Piece had to be released from between the 45 degree angle shoulder of the XMT and the flow line.

■ Significant amounts of blinding force generated by rust in the bolt hole annuli and between the flange faces extending all the way to the ring gasket.

■ Cantilevering effect caused by the angle of the spool piece and other flanges also had to be overcome.

■  The ThinJack System was used to raise the flange block evenly without jamming it at an angle on the studs.

■  A combination of ThinJacks and associated shims, manufactured to API 6A 7 1/16” 5M flange size specification were tightly packed into the gap. This allowed the ThinJack technicians to precisely control the location that the generated force was applied to. 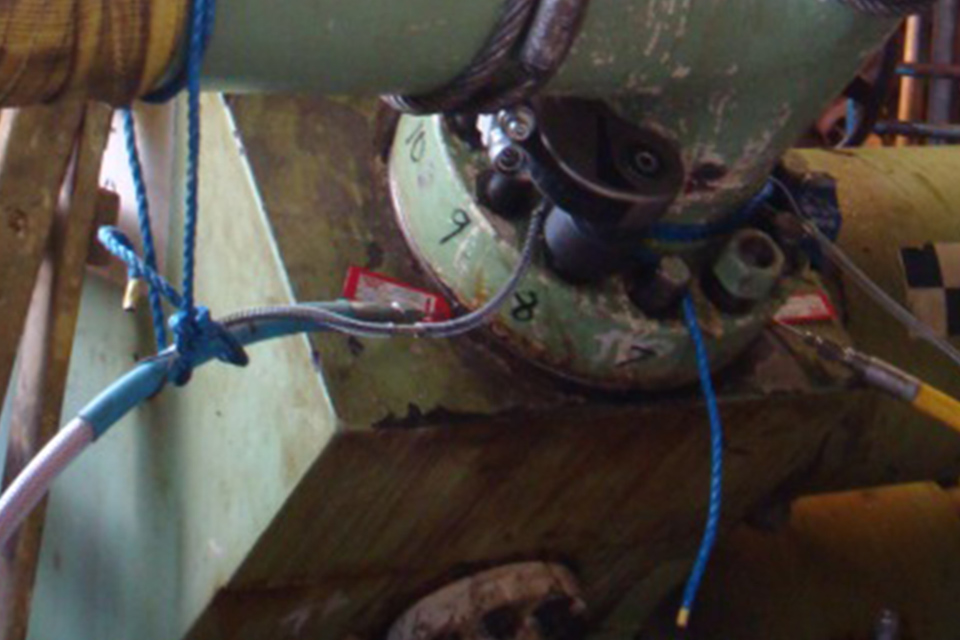 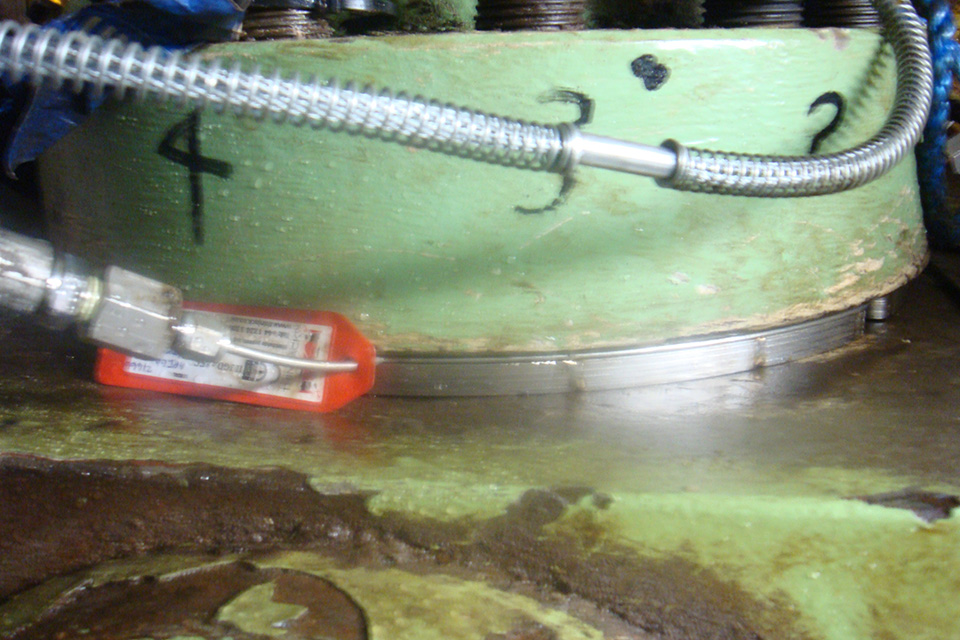 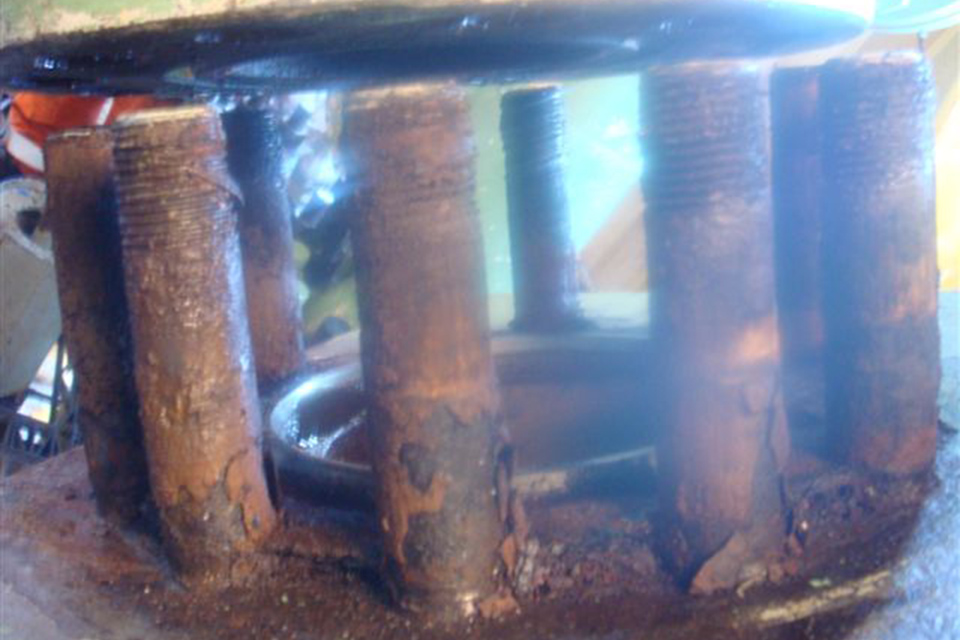